Oy. That’s a trend I’ve never gotten behind on Instagram. Nobody particularly wants to see pictures of me with my glasses and braces in the early days of high school, followed by a picture of how gorgeous I look now (that was sarcasm). I would like to reassert that I’m still a dork. Or a geek, if you prefer to call me that, and/or if you’d like to talk about Star Wars with me.

I do look cute in this picture though, so I’ll throw it in. If you’ve seen my face elsewhere on the blog, you can use it for comparison. But that’s not the point. 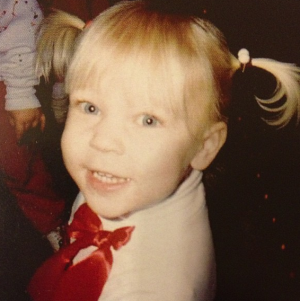 The actual point is that, because I’m an addict who can’t help herself, I jumped on the Julep promotional train and ordered a few extra not-in-the-monthly-box colors just so that I could take advantage of the free Metamorphic Trio. There’s a pink (Tyra), a green (Tilda), and a blue (Bjork) transforming top coat, and I was determined to try all three of them.

These top coats could create about a billion looks, but I decided if I was going to do a true Transformation Tuesday, I’d have to really transform – I needed to start out with a color that I wear only rarely, a color that’s the opposite of my oh-so-beloved blue, a color that invites the fashion doll comparisons that I so desperately avoid…

Yeah, it’s pink. I decided to try out Tyra.

To start, I’m still not sure if these colors look better over similar shades (Bjork over blue, for example), or different shades (Tilda over blue or purple, for example). The promo email  suggested that the top coats should be used over bases that were at least in the same color family…

…so, okay Julep, I defer to your expertise.

While I’ve still got some summer sun going outside, I decided to bring back an earlier favorite from my China Glaze Electric Nights collection: Glow with the Flow. It’s the brightest pink I own, and since I’ve recently gone through a total reorganization of my nail polish (more on that later) it was easy to pick out from the pastels.

Here’s what Glow with the Flow looks like on its own. I used three coats for maximum brightness. 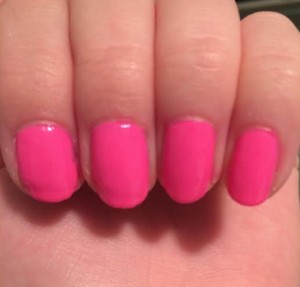 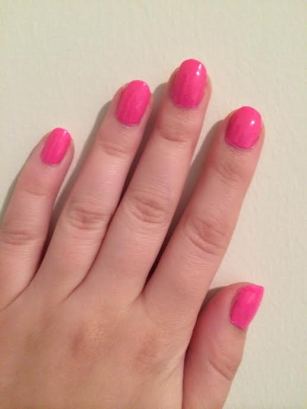 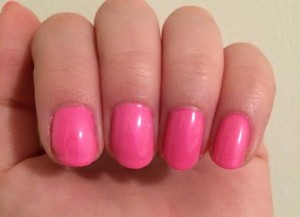 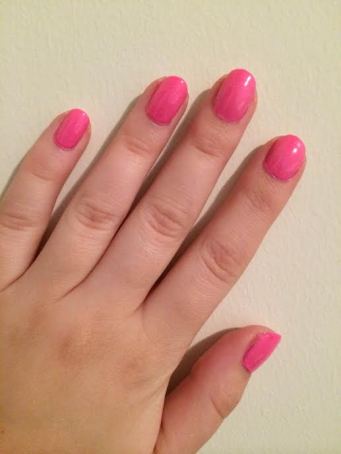 I…I guess it made it shinier? And it added a vague light pink shimmer? Overall, I’m not impressed. Maybe I should have gone with a darker red or magenta instead of a bright pink in order to truly transform the color – I think my choices were a little too similar here. I’ll post some other transformations (should I put air quotes around that?) on some other days and let you know whether I think the Metamorphic Top Coat Trio is really worth it or if it’s something I’m glad I got as a free gift.

In the meantime, I guess I’m wearing fluorescent pink nails at work today, so that should be pretty funny if nothing else.

I have a confession to make: I almost never wear red nail polish.

I know, right? It’s THE classic nail polish color. Someone who can rock bright red nails is someone who can rule a boardroom by day and be the belle of the ball by night. It’s a power color that matches the vibe of the powerful woman I’m trying (with mixed results) to be.

So why don’t I wear it? Because it’s such a pain to take off! I guess there’s something weird about my nails, because I can scrub and scrub them with acetone, but it takes up to a week before the red stain on my fingers is totally gone.

That’s why, when I decided I was going to do my next manicure with more colors from my new Electric Nights Baby Beats collection (what can I say? I’m obsessed!), I was a little hesitant to use Red-Y to Rave. I know it’s not quite the type of bright red that would stain my nails (it’s more of a neon orange), but even having the word “Red” in the title is off-putting.

I settled for a compromise based on a classy French-inspired manicure my coworker was rocking today, and decided to incorporate Red-Y to Rave into a French with a safer – but still electric! – base color: Glow with the Flow, a bright pink that’s so vibrant it practically screams. I’m not a girly girl by many standards, and I have a rule against wearing pink clothing because I’m a blonde who has suffered too many Barbie comparisons over the course of my life, but sometimes pink nails are a great, breezy way to let a little more brightness into my life.

AND BOY ARE THESE NAILS BRIGHT! 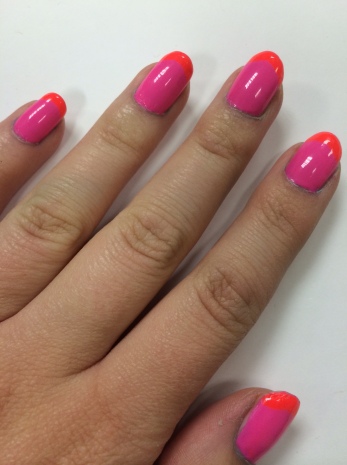 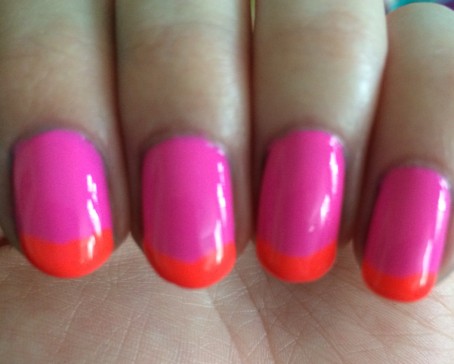 I’m loving the edgier look that the reddish-orange tips give the pink base – the almost-blinding neon appeal of Electric Nights is all still there, but it’s more my style, and not quite as reminiscent of a certain fashion doll. And the colors definitely matche the temperatures we’ve been getting here in the DC area – earlier this week, my car thermometer was reading 93! It’s the perfect occasion for red hot party nails…or at least as close as I’m willing to get.