Well, it’s happened (two weeks ago…). I’ve passed the Quarter Century Mark. Obviously, this has caused major changes in my life, and I am now a functional adult who knows how taxes work and has her retirement plan set up and who even has an organized sock drawer.

…I really have no idea what functional adults are like. Was I even close?

So The Boyfriend surprised me this weekend by …

Taking me to a freaking BED AND BREAKFAST! I’d never been to one before, but this place included sprawling views…. 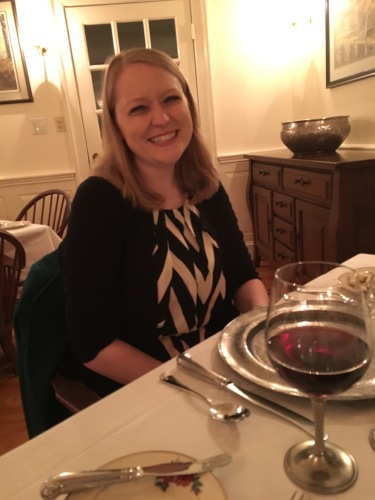 The most gorgeous room with a fireplace… 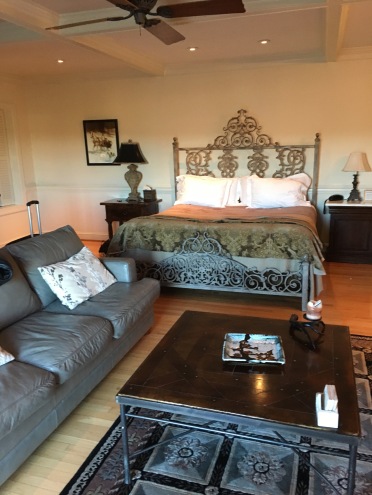 And of course the best guy who ever lived.

And for the nails? Of course I wanted to do something special to them. I started out with the Birthday Balloons tutorial (see this previous post for the video), and kept the balloons themselves pretty basic. In fact, I probably could have done with some more highlighting or light reflection by adding some more white to it, but oh well.

And what better way to celebrate the giant milestone that is a 25th birthday than with…the number 25? I used my dotting tools (call me weird, but I can get a more precise line with them than with my tiny brushes) to paint the appropriate numbers on my middle and ring fingers. That way, when I bend my fingers over so that you can’t see my thumbs, the 25 seems symmetrical, if that makes any sense.

Either way, I’m willing to bet that good things are in store for Age 25, especially if this kickoff was anything to go by.

So, if my calculations are correct, we are exactly six weeks out from the new Star Wars movie. Apparently there has been an awakening. I have felt it.

Seriously though, I’m more excited about this movie than I’ve been for just about any movie in the past few years. Avengers who, amirite? (Unless you’re the Marvel Studios executives, who I’m sure are reading my little blog, in which case oh my god I love you I love you can I have a cameo in Infinity War???)

Anyway, because few things are as important to me as this movie, I obviously had no choice but to buy the entire Cover Girl line of Star Wars-inspired nail polish. It was a business expense, of course, and I’m sure I’ll file it that way on my tax returns (that was a lie). I’ll be posting a review of each of the six Star Wars shades every week until the week of December 18, a.k.a. the day we’ll be telling our grandchildren about when they watch Star Wars and we describe the hardships of having to actually, you know, drive all the way to the IMAX theater instead of having the movies beamed directly into our brains.

So, we begin, a long time ago (or last night) in a galaxy far far away (or at my kitchen table) with…

P.S. I found the coolest website in the world, the Star Wars Crawl Creator, which is how I made all of these kickass crawl pictures. Check it out sometime. Put it in your work presentations. Your bosses will thank you.

Let’s start by going over the Star Wars collection as a whole. It’s nice, I suppose. I mean, it’s fine. It’s CoverGirl nail polish, which typically isn’t my thing when I’d usually go for an OPI, Essie, Julep, or Indie of some sort.

But anyway, I had to get my hands on some of the collection, and that began with Speed of Light, a tan-ish, green-ish, grey-ish high gloss polish. 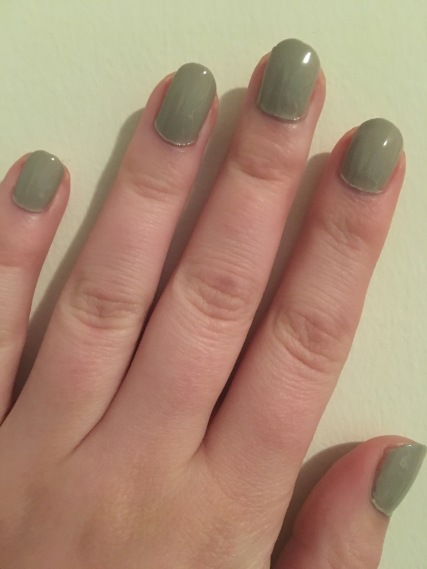 I only say green-ish because that’s how it looks in the pictures; it’s really more of the blandest grey you can imagine.

I can’t even think of good things to say about this color. I could definitely get away with wearing it to work, I guess? But really, my biggest problem is that the name is so misleading – absolutely nothing about this color reminds me of the speed of light. Even less about it reminds me of Star Wars, or does anything to increase my excitement for The Force Awakens.

Maybe it’s the color of the Millennium Falcon on a bad day, but even that’s pushing it.

There are also about 10,000,000 comments on the Cover Girl Website about how the bottles don’t have the Star Wars logo on them despite the website showing it in their pictures, but I would have forgiven that oversight if it were even a little bit more interesting of a color.

Verdict: Speed of Light might as well be bantha fodder.

Tune in next week for more reviews, and may the Force be with you.

Hello, dear readers. I’m terrible at updating with any consistency – who would’ve thought a high-powered corporate job involved so much neutral nail polish? That’s definitely not worth posting about!

Either way, I do get some breaks from corporate life, and I took a trip a few weeks ago that was just what the doctor ordered in terms of relaxation with good food and fun friends. I joined a group of my college gals this past Saturday in order to spend an afternoon at Lake Anna, which I had heard about but never visited in person.

When you don’t have enough time in your schedule for one of those week-long beach trips to the Outer Banks or something that you see popping up on your Facebook news feed, a day trip will definitely do the trick in a pinch, especially with amazing people to back it up. The Roommate, who is pictured above although she would rather me not specify exactly which one she is, even took an impromptu photo shoot of me in my odd-looking one-piece bathing suit (cut outs and crazy tan lines FOR THE WIN), which I’ll share if only for the hilarity factor. I mean, Lifestyle bloggers do these kind of shoots all the time, right?

Note: This is why I don’t call myself a lifestyle blogger.

As for the manicure, I happen to have a fantastic polish that’s exactly the right color for this sort of thing. You can see in the picture that my nails were orange on Beach Day, but if I had to choose again, I would have worn Julep Libby, a beautiful teal that would have perfectly matched my wonky bathing suit.

That’s another item checked off of my Summer Bucket List, on which I’m admittedly very behind. Well, I’ve got 27 more days until the challenge is complete. Let’s see if I rise to it.